It All Boils Down To This

I was sitting here trying to think of a simple way to state the beliefs of both sides of the political spectrum, at least as I see them.  The answer came to me in a very simple statement:

Allow me to explain…

I see on the Left the defining premise that government is the best caretaker of citizens, not citizens themselves.  This is seen as a cry for government programs, regulations and entitlements, paid for by the money of “other people” (namely, “the rich”).

It was Thomas Hobbes who said,

“Men cannot know good and evil, and in consequence can only live in peace together by subjection to the absolute power of a common master, and therefore there can be no peace between kings. Peace between states is merely war by other means.”

Hobbes favored unlimited power for the state, and he favored it for the purpose of ending all conflict and contention.  Basically, if people go about their lives freely they will come into conflict, and it is the duty of the state to prevent such conflict.

This is where we see terms from the progressive Left like “Social Justice” and “Economic egalitarianism“.  People cannot be trusted with their own wealth and choices, so the government should tax and redistribute that wealth more fairly, not based on merit, but simply existence.

This is how a labor union works: Employees, regardless of skill or effort, are protected from losing their jobs and guaranteed a certain wage, however they are also forbidden from advancing on their merits as a worker, through effort of skill. 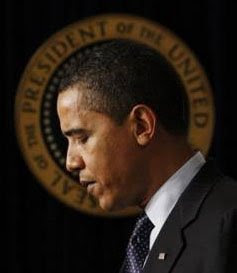 A lazy worker makes $10 an hour while a talented, motivated worker makes the same, no matter the quality of the work, with no avenue of advancement but through seniority.  “I put in more time then you, therefore I’m justified in advancement.”

This is where government, in all its forms comes in.  Whether that be stewards of a union or elected officials in Washington, they are looked to by the Left as bastions of equality, under the guise of fairness (though there is nothing fair about it).  This is the someone they look towards to believe in.  This is why Obama is often depicted as a messiah.

The political Right, however, believe otherwise.  The right believes in personal responsibility and accountability.  A person should work for wealth, and success is the fruit of that labor.  Effort breeds practice.  Practice breeds skill.  Skill breeds advancement.  Advancement breeds wealth.  Wealth, be it monetary, spiritual or just the goals of an individual, equals the achievement of success.

“We give up our right to exact retribution for crimes in return for impartial justice backed by overwhelming force. We retain the right to life and liberty, and gain the right to just, impartial protection of our property.”

Arguing that government is legitimate, but only legitimate in so far as it acts within the limits of this implied contract. Locke considered that his contract could stretch a long way, but is equally clear that modern twentieth century governments are substantially breaking it, for the majority of disputes that an ordinary citizen finds himself involved in are disputes with the state, and in these disputes, for example with the IRS, the state acts as judge in its own cause.

This breech of contract can be seen described in the term, “Nanny State,” an old father knows best attitude where government, not you, believes it knows what’s best for you and has the power to unilaterally make it so.

Conservatives, while supporting some social safety nets that help those looking to get back on their feet and try again for success, believe that the best form of government is one that believes in them.  Business leaders, in their quest for profit (for stockholders and investors who are everyday people) will support and promote individuals whose effort and motivation (personal success) leads the company to more profit (communal success).

0 thoughts on “It All Boils Down To This”