Sometimes your emotions get the best of you and you let your inner “Yinzer” out.

Me too.  I totally know the feeling.

I get wrapped up in seeing a player, once beloved, leave via trade or free agency and I just feel the need to boo the hell out of them.

Yesterday, former Penguin Max Talbot has traded from the Flyers to the Avalanche for Steve Downie.  My first reaction was, “Sweet, I don’t have to hate Talbot anymore, at least not as much as I used to.”

It’s incredible what a change in uniform can do for player in relation to a fan’s psyche.  I’ve seen some serious seething hatred for Talbot since he left the Pens, most of it coming from the fact that he chose Philadelphia to call home.  I’ve seen him called names, had his sexuality questioned, and even been accused of having multiple STDs.  Now that he’s no longer a Flyer, I’ll bet that his standing with Penguins fans improves.

Albeit just a bit.

We love to hate our former players, don’t we?

The hatred for Talbot pales in comparison to quite possibly the greatest “heel” in Penguins history: Jaromir Jagr.  Fans really love to hate this guy and still boo him every time he touches the puck… 13 years after he last wore a Pens sweater.  Jagr left the Penguins via trade to the Capitals, and while you could say that it was not his decision, it really was.  He had previously made mention of “dying alive” in Pittsburgh and it was obvious that he was no longer giving his all.  Compounding this was the fact that the Pens were penny pinching and received basically nothing in return for Jagr.  This makes the booing (while ridiculous at this point) become clear.

After all… Kris Beech.  Really?  REALLY? 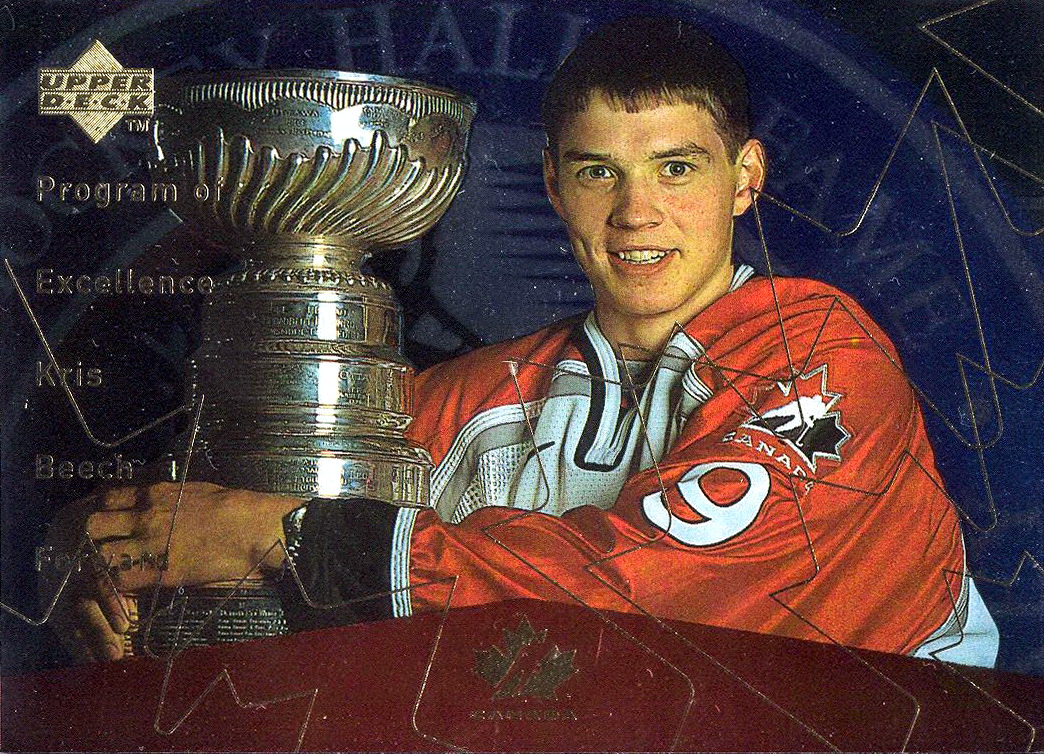 The closest Kris Beech will EVER get to the Stanley Cup.

Spurning the city for “greener pastures” is also a surefire way to draw the ire of a fan base.  In this category, Marian Hossa is king.  In a coup for Ray Shero, Hossa was acquired at the 2008 trade deadline for two guys currently playing in the Swedish League (Colby Armstrong and Eric Christensen), one guy in the Italian League (Angelo Esposito) and a 1st rd pick who became a guy still in the ECHL (Daultan Leveille).

After helping the Pens reach the Cup Finals in 2008, Hossa bolted in free agency for the Detroit Red Wings, the very team that had just beaten the Pens for the Cup.  Not only did he turn down the Pens $35 million long-term offer for a 1 year, $7.45 million deal from the Red Wings; but he said that he was leaving because, “When I compared the two teams, I felt like I would have a little better of a chance to win the Cup in Detroit.”

Just two nights ago, the Pens played the Bruins and it was the first post-Penguins meeting with Jarome Iginla.  Iggy was booed at different points during the game.  Granted, he was taking some cheap shots at Penguins players, trying to agitate, but I have a feeling that it wasn’t totally because of that.

On the opposite end of the spectrum, there is Matt Cooke.  He went unsigned by the Penguins and is doing well in Minnesota.  So far, I’ve seen nothing but Pens fans singing his praises.  It could be because he hasn’t played against the Pens yet, but I think the reason fans in Pittsburgh still back him is because he has such a terrible reputation around the league.  We know the real Cooke.

Cooke is a rare exception to the Leave Pittsburgh At Your Own Risk rule.  I makes me wonder how far fans would go in their hatred of former Pens.  It makes me think back to a time when the Pens were bleeding cash and rumors were floating around about trading Mario Lemieux.  Could Penguins fans actually bring themselves to boo Lemieux?

I believe some would.  Even after all he had done to that point for the team, it would have broken fan’s hearts to see him go and they would react by feigning indifference or even hatred.  After all Lemieux has done for the team and city since his retirement, if he suddenly turned his back on Pittsburgh and said nasty things about the town, people would probably turn on him.

We are a passionate people, us “Burghers.”  We are hard working, proud and boisterous, and we all walk a fine line between Burgher and Yinzer.

Sometimes we let our inner Yinzer out and hate who we once loved.

Video of the Dogs

0 thoughts on “Jagr, Talbot and Hossa: Who Do You Boo?”